Faces of those affected

Syngenta is flooding Brazil with highly hazardous pesticides which make their way into drinking water. We have produced watercolour portraits of those affected using water polluted by pesticides – to give them an identity and to share their message with the world.

In a new investigative report, Public Eye sheds light for the first time on the size of a business as secretive as it is lucrative: highly hazardous pesticides. Based on exclusively acquired data, our investigation reveals the key role played by Swiss-based agro-chemical giant Syngenta, especially in developing and emerging countries.

To understand the consequences of the widespread use of highly hazardous pesticides, Public Eye carried out investigations in the country where the most pesticides in the world are used: Brazil. In collaboration with Repórter Brazil, we also accessed data from the Brazilian national drinking water monitoring programme. Our analysis shows that millions of Brazilians are exposed to a toxic cocktail of pesticides.

In the state of Mato Grosso, at the heart of the monocultures, we met parents of sick children, agricultural workers, experts and activists who denounce the ravages of pesticides on health and the environment, and Syngenta’s illegitimate practices in their country.

Using water polluted by pesticides, the Brazilian watercolour artist Renato Palmuti painted portraits of four people affected for Public Eye. They represent the many brave activists who are campaigning against the widespread use of pesticides and in favour of protecting people and the environment.

Together with them, and on behalf of everyone who signs our petition, we call on Syngenta to immediately stop producing and selling highly hazardous pesticides. 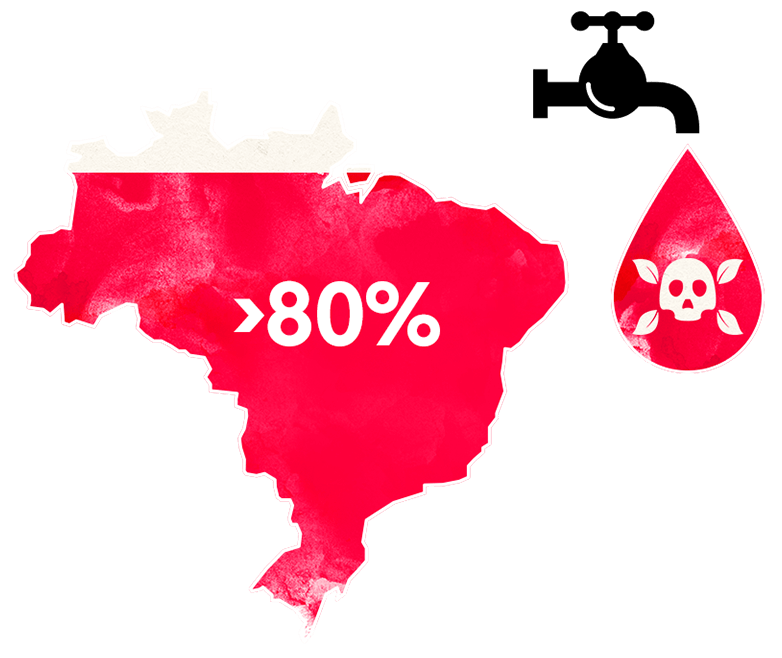